Shri Babaji: The calamities, which are coining to this world, are unavoidable! There is no one in this world to stop it.
Little time is left before you shall see the new world. Everyone must become spiritually strong and courageous.
Only he who has strong determination to do good acts and who is strongly devoted to God can survive this destruction. 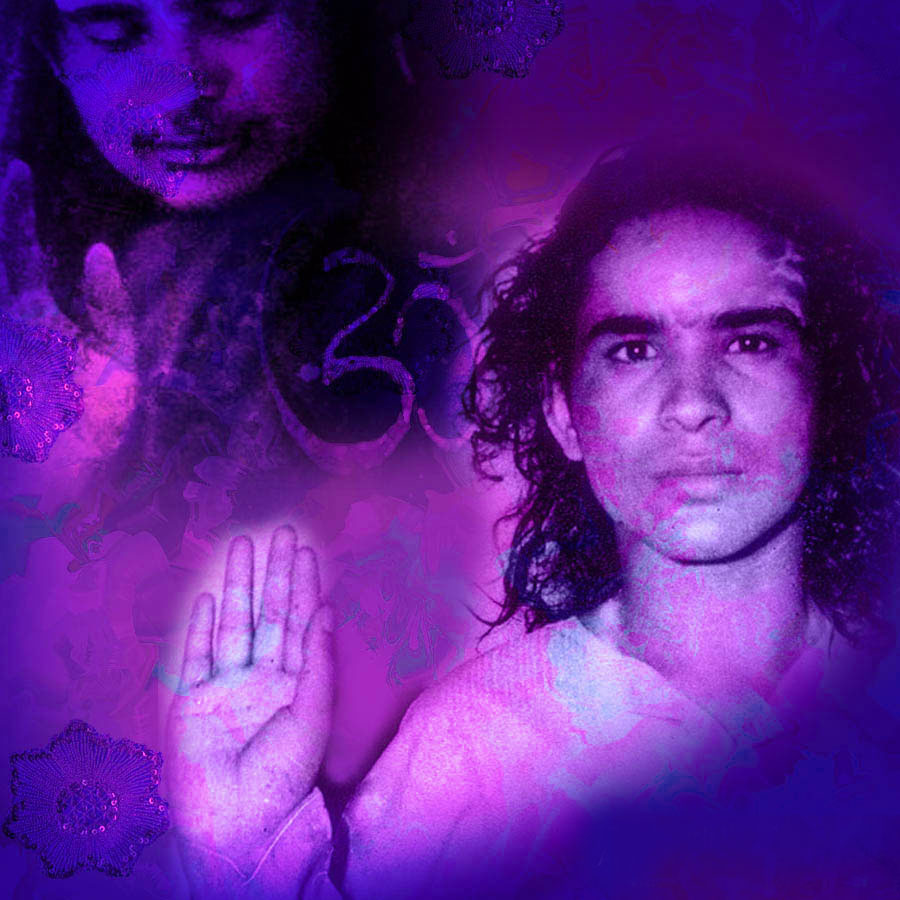 Babaji used the term "Kranti", which may be interpreted as "revolution" or "destruction". He said that a Maha Kranti (great revolution) was fast approaching and would be known as the Blood and Fire Kranti.


Some important observations made by Sri Babaji on the future world events.
The change of the present, which is full of turmoil, will be brought about by bloody revolution. Peace will return only after the revolution reaches its zenith.

In the aftermath of the revolution-which will be total; no country will be spared big or small-some countries will be totally erased, leaving no sign of their existence.

In some 3% to 5% and up to maximum of 25% of the population will be spared and will survive.

Earthquakes, floods, accidents, collisions and wars will bring about the destruction.

The destructive elements, which were kept in cheek by Sri Babaji, have been released to do their worst.

Those who pray to their chosen divinity will not be affected.
28 JULY 1979 (Herakhan)

Giving reference to his earlier prediction Shri Babaji foretold that the revolution (like a scythe) will be total and will be from one end of the world to another. Revolution spoken about on 26-7-1979, will increase in tempo, and will reach its culmination point. It will not be confined to any particular country, but the whole world will be engulfed, big and small countries alike.

People today are full of misery and unhappiness. Misery and unhappiness is not confined to the poor, but rich people are affected too. All are suffering from difficulties, misery, and unhappiness. The leaders of all countries are busy safeguarding their positions and have totally ignored their people needs and interests. These leaders are misguiding the public. There is complete insecurity. There is no safety of person or property. New leaders are being trained and prepared to take over from U the (corrupt) leaders who will restore just and proper order and bring peace.

At present, demonic influences have engulfed men. Man will fight and devour men and they will destroy each other. First, destruction will take place, then a lull and then peace will prevail. Some of the countries will be completely destroyed. Prayer will be the only safeguard and saviours against destruction.

Forget past and future, abolish all other thoughts, but pray with total concentration of mind and soul and have full faith in God.
Chant OM NAMAH SHIVAYA and you can defy death. Have no thought about your life and death.
No evil influence will ever come near you if you pray with purity of heart and mind and with all faith and concentration. 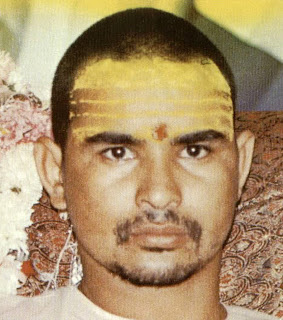 "Don't disappoint Babaji. Don't be afraid of death, nor of the storm of water and fire. This life itself is water and fire. Don't try to stop it, but rather become like lions."

Babaji went on to say that He doesn't need many people; He just needs a few people who are really brave. "Be strong in the time of great revolution which is coming.

No one can stop the fire coming in the world now. The bells of great destruction are already ringing. The war will be such that people sleeping will die immediately. There will be atomic war. People will die immediately in their houses from gas and atomic and nuclear radiation."

Babaji again cautions us to be alert. A great revolution is coming. It is not of the ordinary type. Between heaven and earth this type of revolution has never been seen before. It win be astonishing and terrible.

The destruction will be such that people will die as they work, sleep or stand. People will be killed by gas; buildings will remain but the danger is to humanity. Babaji reminds us to be prepared. 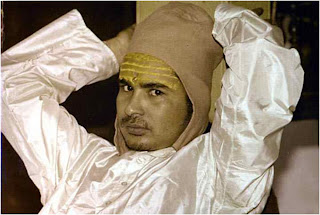 Every day you hear something and today I will repeat what I have said before. A great Revolution is coming. Wherever you live, be prepared to face-the Revolution. Whatever occupation you might have, take part in the Revolution. Whether one works in the police department or in the military, everyone will take part.

The whole universe will be involved in this Mahakranti (Great Revolution). It is not limited to India. I am warning everyone in the universe. In whatever area one may live, he must spread this message. To whatever profession a person may belong, whatever may be his activity, he must take part in this Revolution. This will be the greatest Revolution in the history of the world-so all of you must be alert and make others alert.

Awake! Arise! Everybody must make a firm resolve. Men and women from all over the world must take part. In other Yugas, only men took part in revolutions and wars but now women are coming forward, so it is necessary for them, too, to take part in this Revolution. Everybody must make contacts on all sides of the world and unite together. 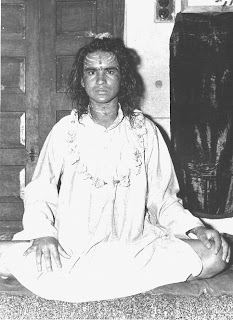 In the world today fire is bursting out on one side, while nectar flows on the other. You must decide if you choose fire or nectar. While flames of the fire are spreading, it is up to us to save others and ourselves.

We must be alert. At this moment, people are jumping into the fire because of their ignorance. We must save these people, and we can do so only if we have great courage.
We should give this courage to others as nothing can be done without it. Courage is the most important thing. Shri Mahaprabhuji has told you many times to wake up. Wake up yourselves and ' others. Control your mind and have firm determination.

Whoever comes here must vow to save him and the world. Wherever you go, be prepared to save people. Be firm like a rock, deep and serious like the sea.

Think of the earth as a mother. This is one earth. Don't be divided by thinking of yourselves as belonging to different countries. We belong to one earth. Proceed with this in mind. Look to the future with a vision of good deeds for the whole world, not just one county., Have great courage and patience-and be not afraid of water, fire or great storms – face them bravely.

Shri Mahaprabhuji reveals the truth of a mystery to you-the Revolution will occur simultaneously everywhere in the world. Countries, which believe that they can save themselves through the newly invented weapons, can forget this thought, for they will not be able to do so. Everyone knows of the present day events taking place in lran. No one had ever heard of the name of Khomeini before and suddenly he captured everything he wanted. 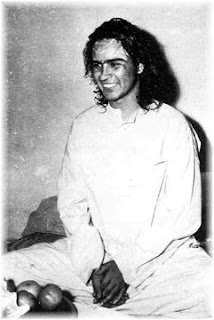 Shri Mahaprabhuji is preparing for the Great Revolution. When and where it will start is not to be disclosed now. When the time comes you all will know. In the Treta Yuga, the revolution (Kranti) started from Lanka and until it happened, no one, not even Rama, knew that it would start from there. In the Dvapara Yuga, at the time of Lord Krishna, no one knew where the revolution would start. When it began at Kurukshetra, people from all over the world collected there for the beginning of a world war.
Mahaprabhuji will show his lila to the world in the same way. As you know, the flames of revolution are presently spreading in the world.There is no power, which can stop the fire and reduce the heat. Super powers like Russia and America will not be able to face the fire even with their new weapons. Nothing that they have invented will be of any use. Everything can be destroyed. All must be prepared for this revolution - especially those who are here.

Whether old or young, private or public, those working or not - all must take part. It is devotion, love and yoga for you to save the world and join in the revolution. For those who are true devotees of Babaji, the flames of fire will become cool. Face the fire and it will turn to ice. This requires control of mind and a firm determination. Everyone must consider himself a soldier and be active. Everyone will have to face the fire.

At present, not only humanity is in danger, but all sentient and insentient beings of the universe are in danger. I have not only to consider human beings but I have to save the entire Creation. How is this possible? (A long pause). It is quite impossible.

The calamities, which are coining to this world, are unavoidable. Only he who has strong determination to do good acts and who is strongly devoted to God can survive this destruction.
17 DECEMBER 1983 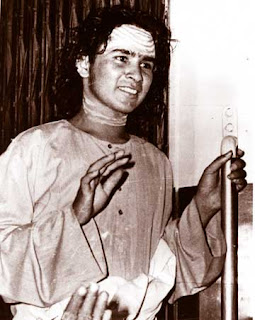 A great Revolution is going to take place such as has never before occurred in the world.

The, hearts of the people who read or hear the history of this Revolution will melt.

This is an era of great destruction-no other time can be compared to this. The Revolution will last not for minutes but only for some seconds.

The countries, which have invented these destructive weapons, will themselves be destroyed. They should not think they are secure.

Only he who has surrendered completely at the feet of Shri Mahaprabhuji (God) is secure. 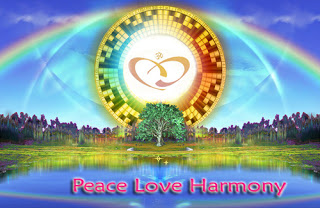 Posted by Atman Nityananda at 2:15 PM 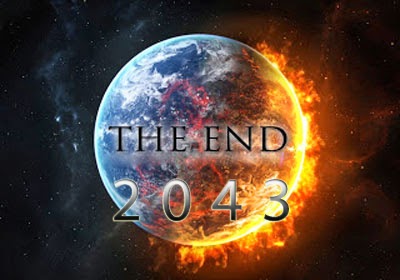